Today we have seen the final presenations of the IoT hackathon in the Digital Business Management (DBM) masters programme. Participants were given the task to investigate IoT Blockchain applications. They came up with the idea of MileChain to fight possible milage fraud in used-car deals. Basically, the blockchain records historical information, e.g. milage, from the cars, which can be checked by the buyers.

A prototype system was implemented using IBM Bluemix NodeRED environment. It demonstrates the idea and the rich interaction of IoT devices, services, backend systems and various types of data formats within an IoT solution. A smartphone supplied the application with step counter values to emulate a car’s milage. Instead of a blockchain service and encryption techniques, the miners were simulated by a mail exchange. 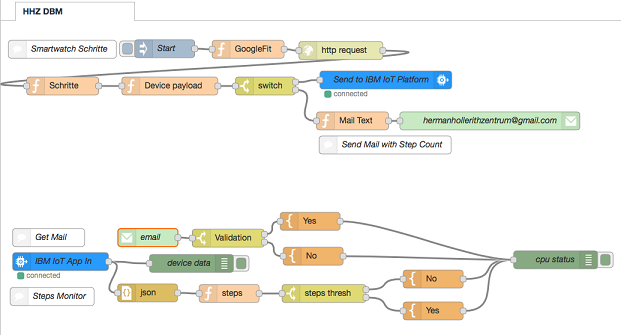 Finally, an end-user app was prototyped to illustrate the use this approach on the regular market platform for selling used cars.

Full documentation of this project

Thanks to all participants,
Christian